Kevin Gini became a stockholder and member of the Board of Directors of Collins Electrical Company, Inc. in 1999. Kevin spent his childhood summers working in the warehouse at Collins, and since his return to CECI in 1991 through the fall of 2019, Kevin has held the positions of Project Manager, West-Sacramento Branch Manager, and corporate Vice-President. Kevin and his brother Brian were named Co-Chief Executive Officers on October 1, 2019 and share the duties of running the day-to-day operations of the company.

Kevin is active in several philanthropic and professional organizations, including fundraising for the Leukemia & Lymphoma Society. Kevin has been a NECA Board Member since 1997 and currently serves as the Board President.

What is your dream destination? At this moment – Cinque Terre, Italy or Lucca; part of my heritage

Favorite Quote? Words to live by? “Believe you can and you’re halfway there” – Theodore Roosevelt.
Work Hard – Play Harder.

Coolest project you’ve ever worked on? UCD Mondavi Performing Arts Center. Why? because our (3) children have been able to perform on the stage in front of thousands of people in their 10 piano concerts throughout the years. It’s a very rewarding project since my children were able to use the facility.

Favorite charity? Mothers Against Drunk Drivers, our church, and the Leukemia and Lymphoma Society, I was the 2000 Man of the Year for leading Charitable Giving Sponsorship that year.

Would you rather be able to teleport or be invisible? Probably teleport. I love speed and being able to move in space quickly would be intriguing.

Why do you think people like working at CECI? CECI offers good jobs, with wonderful benefits and the ability to grow within the company if you’re willing to take on the risk of success or failure. Being part of a larger family at a fun place to work.

Favorite company core value? Family, obviously. I love that over time, we have had husbands and wives, brothers and sisters, fathers and children, boyfriends and girlfriends, cousins etc. work for our company – nepotism at its best at our company.

Favorite thing about working for Collins? It has allowed me to be who I am, and have a successful work/life balance. 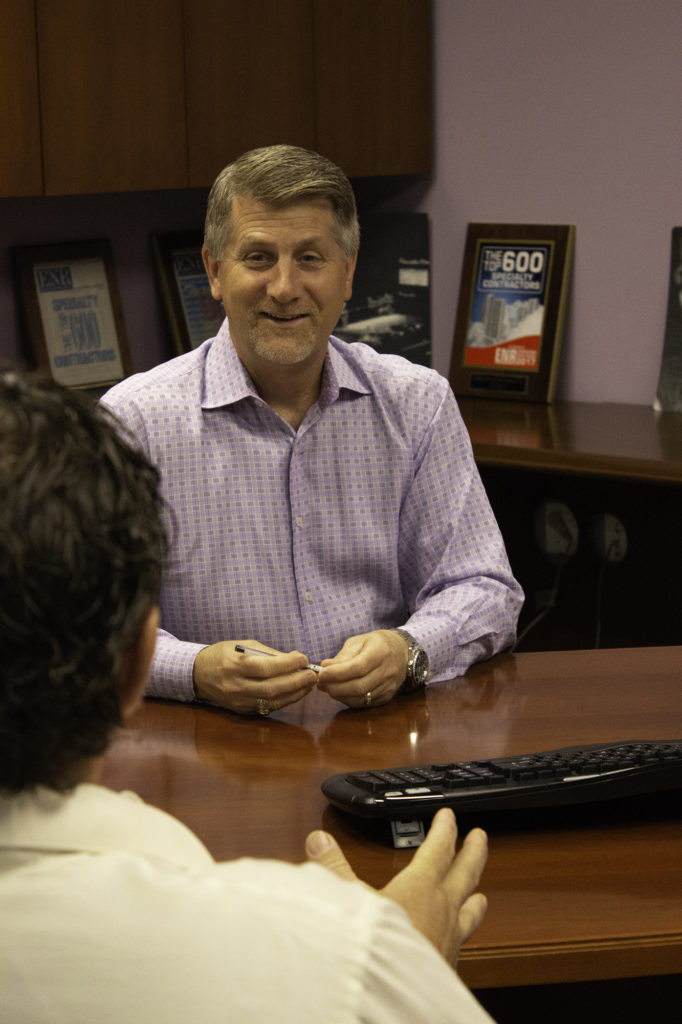